If I can admit my geographic ignorance for a moment, I didn’t realize that a lot of the ancient Greek cities are in what is now Turkey.  Honestly, I’d never really given the geography of ancient Greece much thought prior to this trip.  Then lo and behold, there in Turkey–I found myself smack dab in the middle of ancient Greek ruins, such as this: 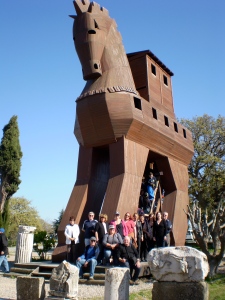 Our tour group pose for the token Horse shot

Okay, okay…obviously this isn’t the real Trojan Horse, but you have to admit it’s size is pretty impressive!  Thanks to Helen & Paris, the story of the Trojan Horse is probably one of the most well-known Greek stories.  But archaeologically, Troy is a gold mine.  As was tradition, new cities built upon older city ruins.  There are 9 levels of Troy (it’s estimated that the Trojan War occurred in either Level 6 or 7)–and as we walked amongst the ruins we saw them all. 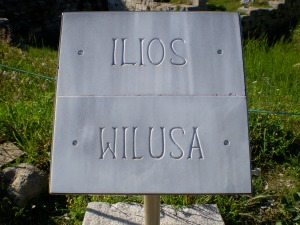 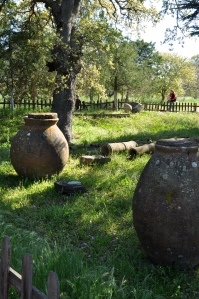 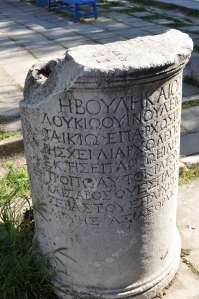 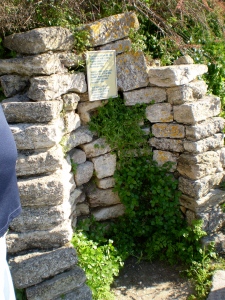 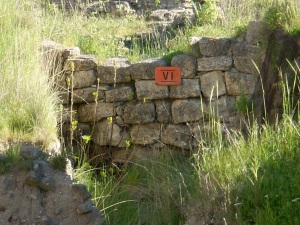 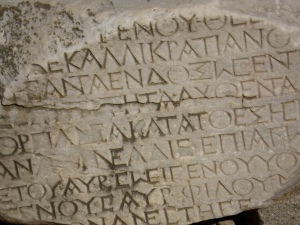 As you can see the amphitheater is the most compete structure, which was definitely the case in most of the ruins we visited on our trip. 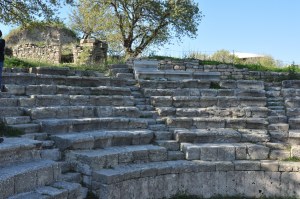 According to our guide the “horse” was most likely a battering ram–perhaps with a horse head–that was romanticized into what we think of today as the Trojan Horse.  And while seeing the horse might lure one to visit Troy, it’s the archeology that will make it worth all the while. 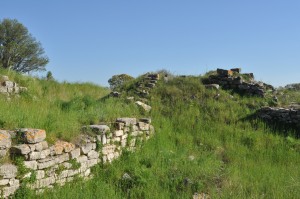 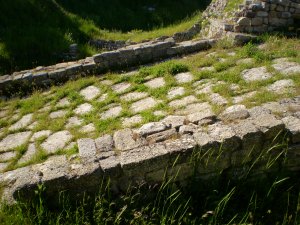 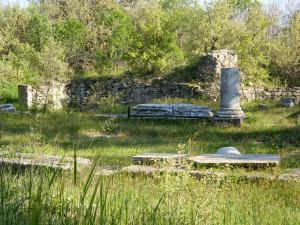 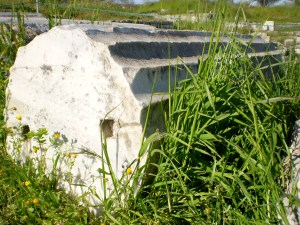