In addition to tubing, another thing you must do in Kauai is go to Uncle’s Shave Ice and get, well, shave ice! 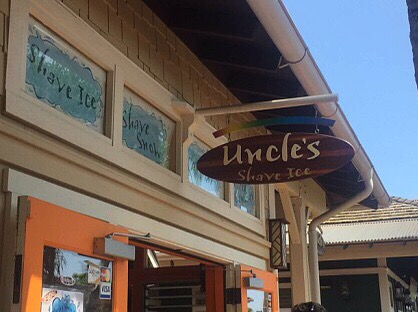 Cool and refreshing shave ice is something that is a must-do when you’re in Hawaii (regardless of which island you visit!) and Uncle’s definitely offered up some tasty flavors.  Okay, yes, it looks like a snow cone.  But an awesome snow cone.  An awesome snow cone that you are eating WHILE IN HAWAII.

Don’t argue, just go–you’ll be thanking me half way through your first bite!

Despite the name, Uncle’s offers up more than just shave ice.  And one of the most interesting things on the menu was shave snow.  Shave snow is similar to shave ice but rather than adding flavoring to ice, shave snow is a mix of flavoring, milk, water, and sugar which is then frozen and shaved into ribbons and served topped with condensed milk.  They liken it to Taiwanese shave ice and it tastes like the shaved ice you get here in Koreatown.  But honestly, they had us at “topped with condensed milk.”

Uncle’s has two locations: Lihue & Koloa.  Since we were staying about a 6 minute drive from Koloa, that’s where we went..and I’d be lying if I said we only went once!

We all got different flavors and then shared so we could try as many flavors as possible.  We stuck to mostly flavors that reminded us of Hawaii: Blue Hawaiian, coconut, pineapple, and piña colada to name a few.  It was hard to narrow down the flavors (thus multiple trips and sharing!), but regardless of what you order–it’s going to be great! 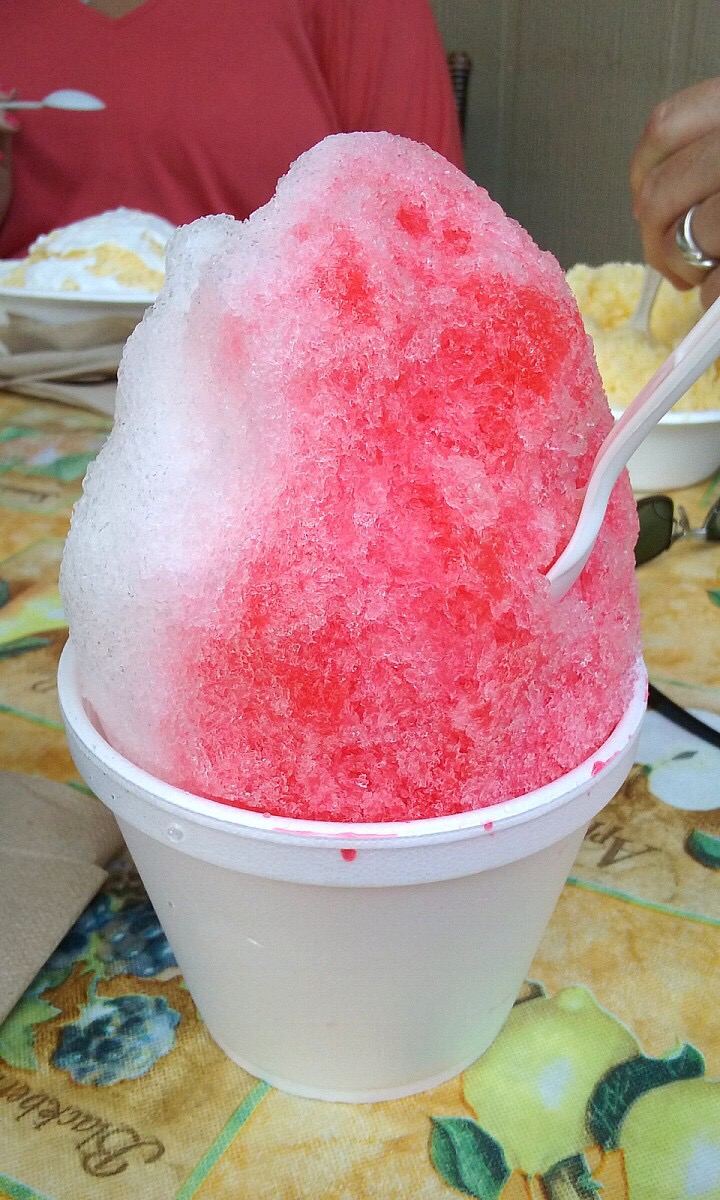