If you ever find yourself in Hawaii and the opportunity presents itself, I would highly recommend taking a helicopter ride.  And I don’t say this lightly.  I’m not the type of person who takes helicopter rides whenever the fancy strikes (and theoretically I could, since I live in NYC and the helicopter tour people love to hound every man, woman, and child as they get off the subway and ferry at South Ferry).

But Hawaii is so stunning and picturesque with tons of geographic diversity, we found ourselves saying several times “we should have also taken a helicopter tour here.”  Where we did take a helicopter tour was on the Big Island, over the volcano.  Well, not directly over the caldera–but around it–and it was spectacular!

Now would be a great time to remind everyone that I’m technologically challenged (read: I couldn’t get the video I have to post).  So this post is only going to include still shots in order to get this to you in a timely fashion.  I will attempt to update it later when I can figure it out without the tick tock of a clock reminding me to post this NOW!

I’m not going to lie, I was a bit nervous.  I’m not overly fond of flying to begin with and in something smaller and more shaky than a plane was a bit daunting.  But our pilot seemed competent, had lots of credentials, and was not consuming mai tais, so after a safety video we donned our gear and boarded the helicopter.  Or well, helicopters–as we were actually split into two groups. 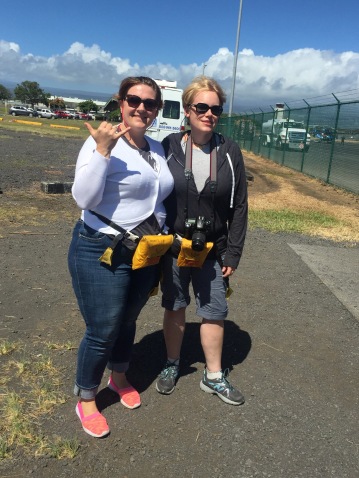 A couple of tests to make sure everyone’s headgear was working and we soon found ourselves wobbling towards the clouds.  As promised, once we reached our cruising altitude, the wobbling ceased.  Or perhaps it was the view that made you forget about the wobbling?  If so, it worked because my stomach stopped doing flips and the view was breathtaking!

We flew over Hilo and then headed towards Kilauea.  As we passed over the lava fields, our pilot dipped down several times so that we could view the lava flow at points were it had broken the surface. 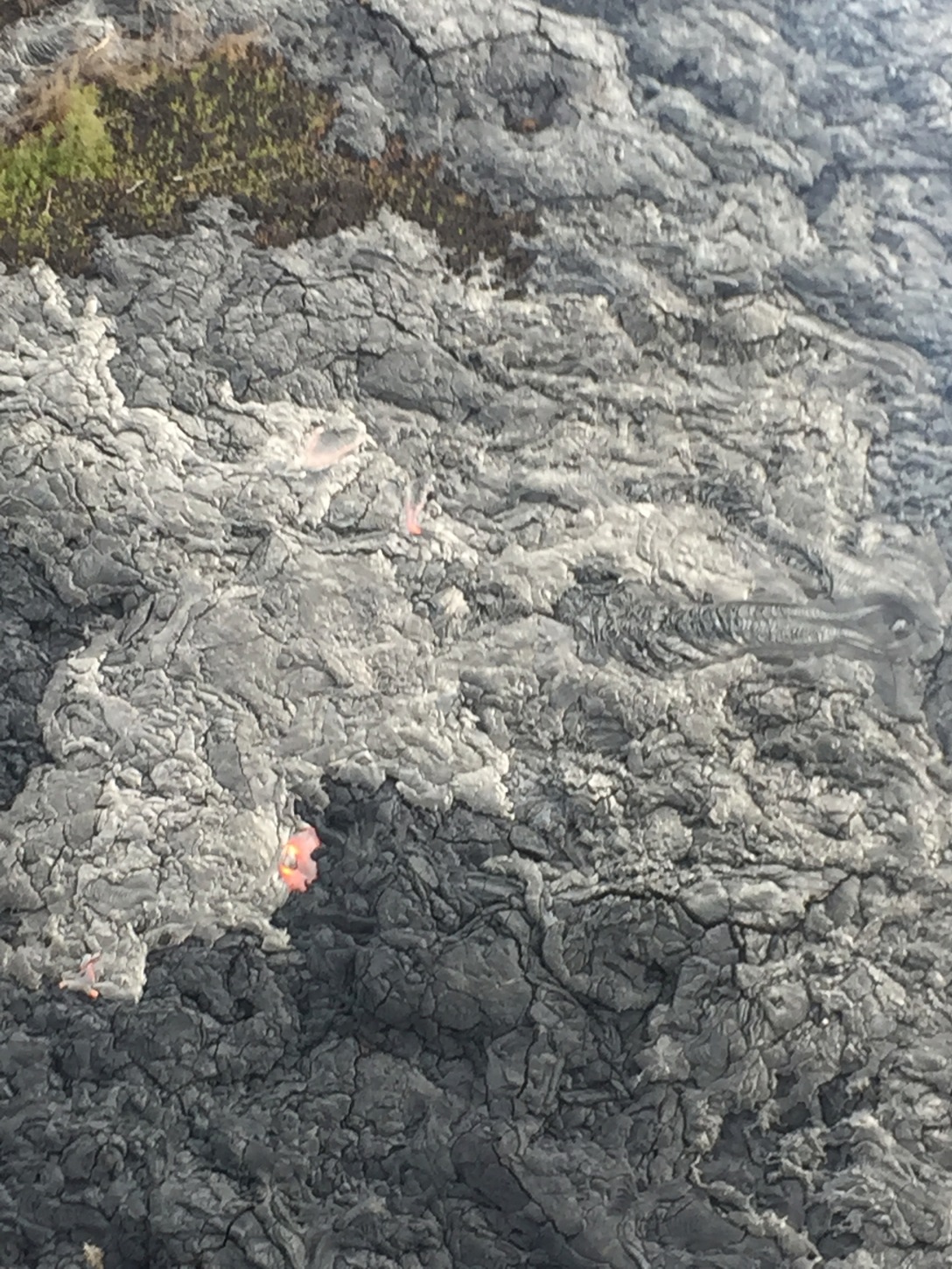 We circled around the caldera several times watching the lava breaking through in a circle. 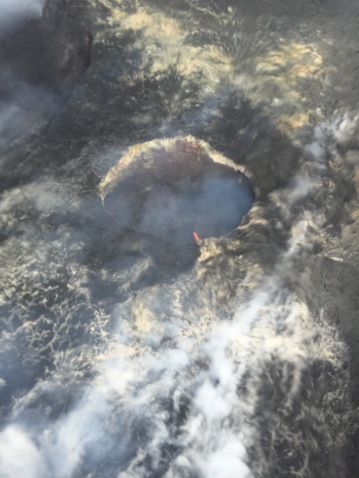 We then headed back to Hilo and flew inland over the Wailuku river valley (and its waterfalls!) and then looped back out to the Hilo Bay. 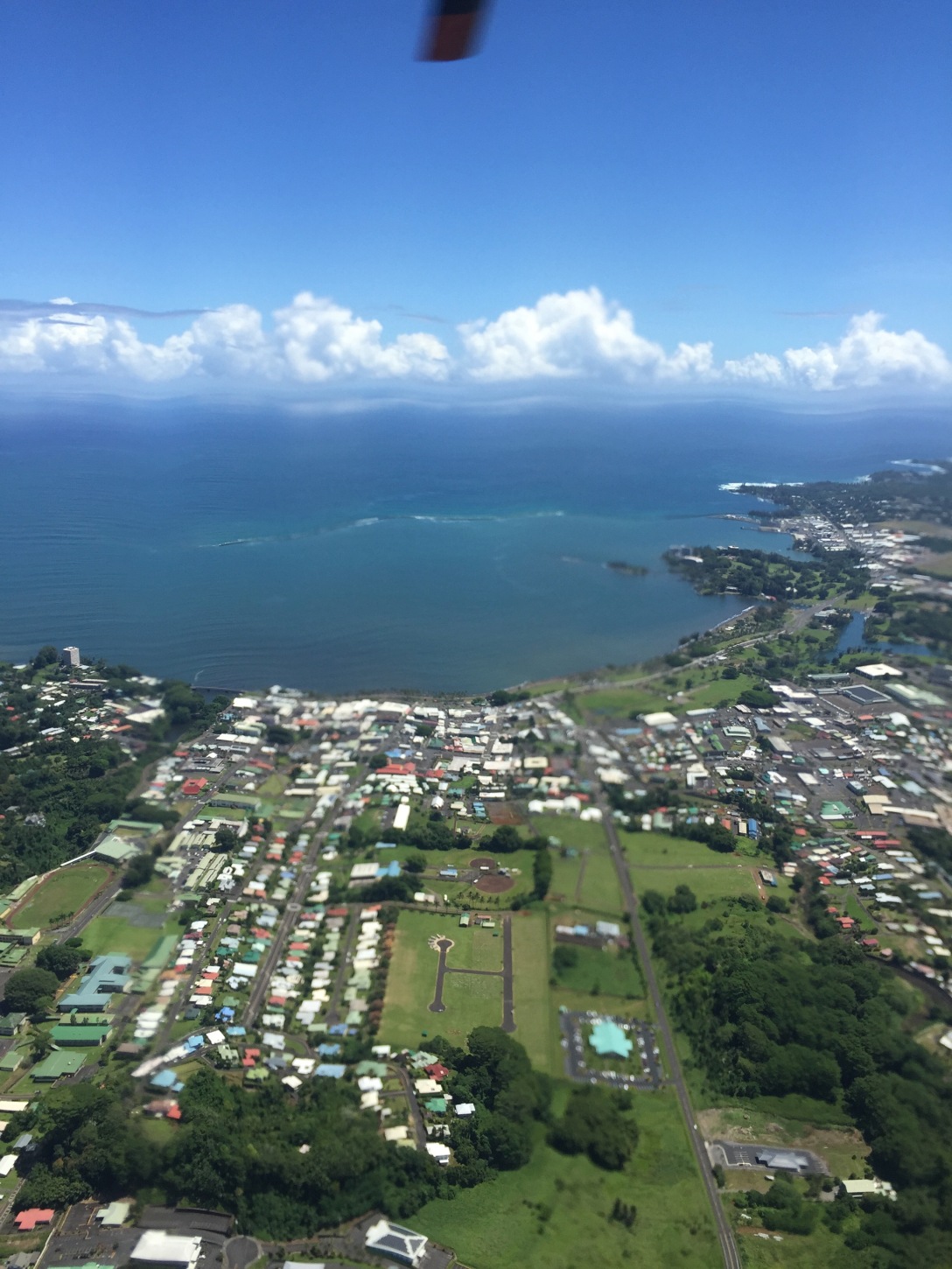 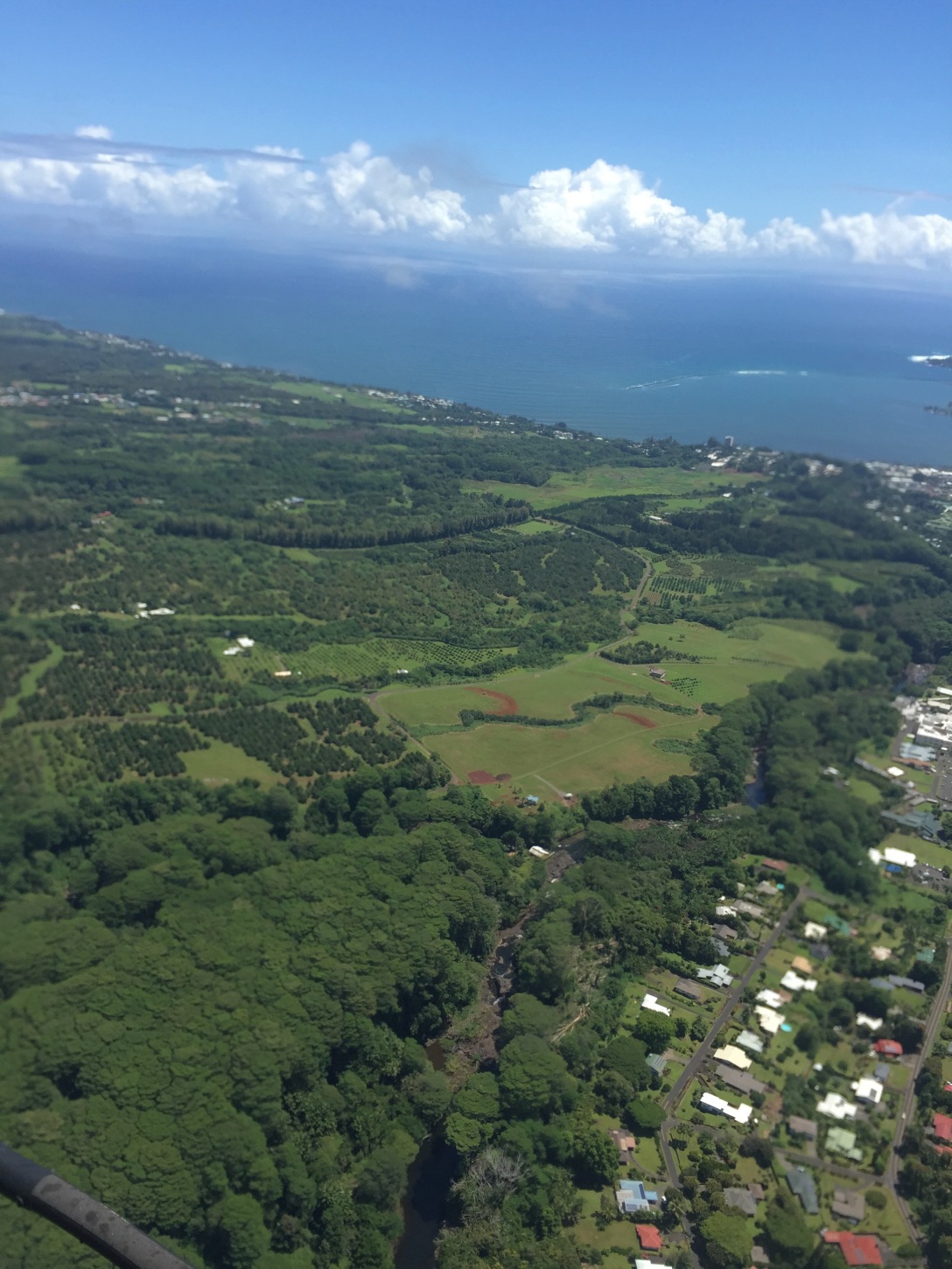 All too soon we found ourselves heading towards the airport and wobbling back to the ground.  And despite a few last panics of crashing and burning on our descent, we touched down light as a feather.

Once both helicopters were on the ground and it was safe to approach, April and I met Christi and Tracy at their helicopter to end our fantastic tour with a final group shot before turning in our headsets and heading to explore Hilo.